the 4 lists you should be building 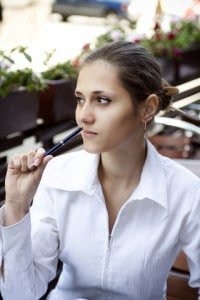 We’re writers, so we should be able to work without any kind of strict regimen, right? Who needs any kind of a business system? That’s for corporate types and hardcore salespeople, isn’t it?

Well, I started my career in corporate America in direct sales, and I did quite well.

So I’m big on lists. I love writing things down, having a plan, and executing it.

I also love the sense of accomplishment from checking items off and watching the results pour in.

If you’re an Independent Creative solely for the creative side of things, by all means, be a free spirit as you work.

But if you’re also seeking a steady, solid income as a copywriter, and trying to build a true business (which is much more than being a freelancer), let me suggest something.

It’s not any kind of complicated system, just a simple way to operate a successful copywriting business using four lists, including these three:

I’ll go into detail on each of these in future posts. Today, let’s just talk about the value of having a big prospect list.

Until your schedule is booked solid, you need to be connecting with good prospects and converting them to paying clients. How to do that exactly is a topic for another day.

All I know is when I was in direct sales from 1986-2002, I worked exclusively from four lists, and it worked out quite well.

I was usually in the top 10-15% of all salespeople, made a good income, and earned numerous incentive trips to Mexico, Puerto Rico, Hawaii, and other places.

For some reason, though, when I became a full-time copywriter in 2009, I didn’t hear anything about this concept.

Experts told me to find my niche, go after “dream clients” in that niche, and network with people I knew.

Nobody ever told me to develop a big prospect list. When I’d ask other copywriters about theirs, it was usually a list of 10-30 or so businesses that they wanted to write for.

When you have 371 (or whatever number it is) prospects to try to connect with, you’re going to work with a serious sense of urgency. You’ll be uncomfortable if you don’t work hard every day.

2. You can “sift and sort” instead of selling with pressure

If you’re anything like me, you don’t like high-pressure selling, do you? Yet that’s exactly what we’re doing if we only have a few dozen people on our prospect list.

You may not realize it, but prospects can sense when you’re hungry for their business.

It actually repels people. That results in responses like “we’ll get back to you” (yeah, right), or “why don’t you send a proposal over and we’ll take a look at it” (and…then what?).

When we have a large number of people to connect with, however, it takes all the pressure off. We know that if we don’t get this one, there’s plenty more.

You can say things like, “If we’re a good match for each other, I’d be able to start in four weeks. Would that be soon enough for this first project?”

With a large number of prospects, and this “sifting and sorting” process of figuring out who’s a good match for your services, the positioning is much better.

You’re putting them in your system, versus reacting to random inquiries where they tend to have the upper hand.

4. You can get ahead

When you’re connecting with a lot of people from your big list, you can finally start booking your schedule a month or two (or more) in advance. No more of this week-to-week or month-to-month stuff.

It positions you as much more of a professional when you say, “I’m currently scheduling for the end of next month. Does that line up with your objectives for this campaign?”

You’ll start treating your business like a sales business, which it is.

Instead of putting pressure on prospects, you’ll put the pressure on your work ethic, your systems, and your list.

So how big is big enough? Next time I’ll go over how big it should be, and how to develop a prospect list.

For now, one takeaway:

Everyone has a different opinion on this idea of having a big prospect list, so I’d like to hear from you.

Do you have one? If so, how big is it? How often do you update it? And has it helped? If you don’t currently have a prospect list, are you open to creating one? Tell me and our readers here.