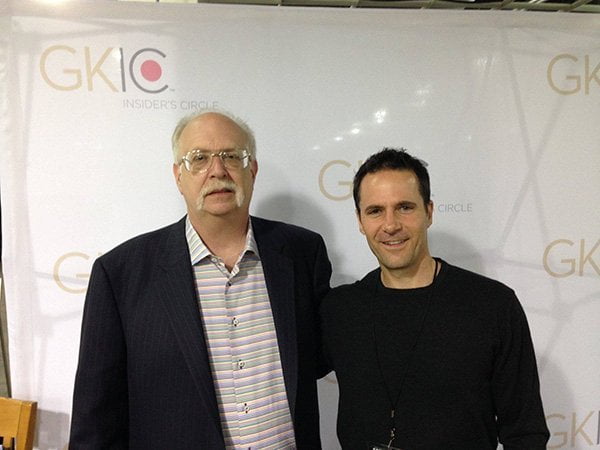 A Legend, Gone too Soon

Is he really gone, or is he sticking around another day or two and having a good laugh?

It would be just like Dan to call his death a day early just to be able to watch the reaction.

If you haven’t heard, Dan S. Kennedy wrote a letter to his audience, fans, and friends on Wednesday.

He wrote, in part:

“I am writing this in Hospice after a 10 day maelstrom of multiple overlapping infections, surgical procedures, and diabetic and heart conditions.

This set in motion an irreversible downward spiral and I am now on the final journey of no more than a few days before exit.”

On a warm October day in 1995, I took a day off work to see Dan at a Peter Lowe event in Milwaukee.

He was one of many speakers on the lineup that day, along with General Norman Schwarzkopf, former First Lady Barbara Bush (very funny woman), Mary Lou Retton, Zig Ziglar, and others.

Dan was last on the totem pole – last speaker of the day, when half the arena had already gone home and the other half was dead tired from sitting and listening all day.

I don’t remember what he talked about, but I remember being impressed with his energy, his wit, and his ability to reel a crowd in.

Years later I discovered The Ultimate Sales Letter, after I was already hooked on copywriting, and I remembered Dan from the Milwaukee event.

That guy! The one who had the crowd rushing to buy his products at the end of the day!

From there I discovered How to Make Millions with Your Ideas: An Entrepreneur’s Guide.

Brilliant book, one of my all-time favorites, and marked up more than any of his other books.

It had a profound effect on my thinking. I give that book and Dan partial credit for making the decision to leave a perfectly good sales career in favor of venturing out on my own.

My life hasn’t been the same since.

Then in 2010 Dan posted that he was hiring a few junior copywriters to help him with a big $100,000 Proactiv project.

Proactiv had been a client of his before, but he was a little removed from the teenage acne scene. He wanted some people to help him do research, write copy, and come up with new angles.

Within minutes of seeing his request, I wrote the best two-page sales letter I had ever written up to that point.

I sent it off via FAX (his preferred method) and FedEx right away. A few days later, I got a reply back. By FAX.

Whatever I said struck a chord, and he hired me.

We never talked on the phone, never emailed each other, never Skyped. Our relationship was strictly by the good ol’ facsimile machine.

Dan paid me $2,500 for that project, but the experience of working with him paid off 40 times that amount in the succeeding years.

I learned what a $100,000 project looks like, what the client expects, and what gets delivered for that amount.

After the project was over, Dan sent me a giant book, two inches thick, of what he calls a “Copy Bank” of material he sent to Proactiv.

Amazing to see what all went into it (and pretty cool to see some of my ideas in it, too). He also gave me a nice testimonial (still on my website, of course).

After that, I subscribed to Dan’s No B.S. Marketing Letter, a monthly print publication. I devoured every issue, and applied whatever I could.

I can honestly say I wouldn’t be where I am in business today if I hadn’t latched on to Dan’s teachings.

I’ve read his newsletters and books, worked with him, and attended three of his live events, most recently last October in Chicago.

If you ever had a chance to listen to Dan, you know he pulled no punches. He called a spade a spade, didn’t suffer fools, and called out the b.s he saw in the industry.

Today, there are probably 500 people using his “No B.S.” idea, but he was the original.

What she means is, so many of today’s internet marketing stars – people like Frank Kern, Ryan Deiss, Russell Brunson, and so many others – wouldn’t be where they are if not for Dan’s teaching and influence. They all admit it.

He was one of a kind, and he’ll be missed.

I never got to know Dan personally, but I get the feeling that under the gruff, curmudgeonly exterior, he was a super sweet guy.

He loved his family, and he had a small inner circle of good friends and associates he would have laid his life down for.

He’s most known for his Ultimate Sales Letter, Ultimate Marketing Plan, and No B.S. series of books, but there’s one I treasure more than any other:

In that book, a collection of autobiographical essays, he got real and he got raw.

He talked about his early years, childhood memories, early successes, and failures – in business and in life.

He came clean about his battles with alcohol, and how he overcame the bottle.

It’s an emotional read on so many levels, and shows a side of Dan Kennedy few saw.

One of the chapters is titled, Six Handles on a Casket.

One of my earliest mentors said that there were six handles on a casket because the most fortunate man would have, at most, six true friends by the end of his life.

When I heard this at age 18, I thought it ridiculous and cynical. Ag age 50, I find it optimistic.”

Dan would have been 65 years old this December.