The curse of the GPS for freelance copywriters 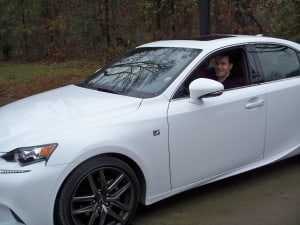 A few weeks ago I did a major road trip of about 1,400 miles without a GPS.

Instead, before I left, I wrote down the directions from my driveway in Verona, Wisconsin, to Chattanooga, Tennessee. Then on to stops in Birmingham, Nashville, Evansville, and Chicago.

And you know what? I didn’t get lost once. I was more engaged in the whole process, and I felt like I was in complete control of where I was going. I wasn’t getting “pulled along” by an automated system.

I was on a mission with clear directions already pre-set in my mind. I went after it with gusto, at just the right speed to keep me hitting my estimated arrival times without attracting unwanted police attention.

It’s the same way with our goals.

I’m convinced that if you don’t write out your goals ahead of time in great detail, and keep those notes with you every step of the way, you’ll get sucked into the “curse of the GPS.” That’s where you follow someone else’s plan like a GPS telling you where to go, versus you driving the car with a purpose.

Sure, it seems easier to have someone else give you directions of exactly how to get from point A to point B. You’ve seen “blueprints” and “road maps” to six figures, right?

But how many times do someone else’s directions not work out as planned? Why is that?

I think it’s because it’s a passive experience that happens to us. Whereas writing out our directions (our detailed goals and plans), internalizing those directions, then “driving them out,” is a much more active, engaged process.

Are you open to putting it to the test? Instead of just saying, “I want to make $100,000 as a freelance copywriter in 2014,” or “I want to increase my copywriting income by 15%,” take a couple days off here in December to plan out your year. Map out exactly what you need to do to hit it.

Put some deep thinking into this, and write out five things in great detail:

1. Your income goal for the year.

2. What that will look in terms of your daily, weekly, and monthly activity.

3. Your “slight edge,” or the one thing you’re going to do different.

4. Your “emotional purpose” (a topic I’ll go into greater detail on in an upcoming blog post).

5. Your reward for hitting your goal.

Map out 2014 now, instead of getting pulled along mindlessly by the curse of the GPS.