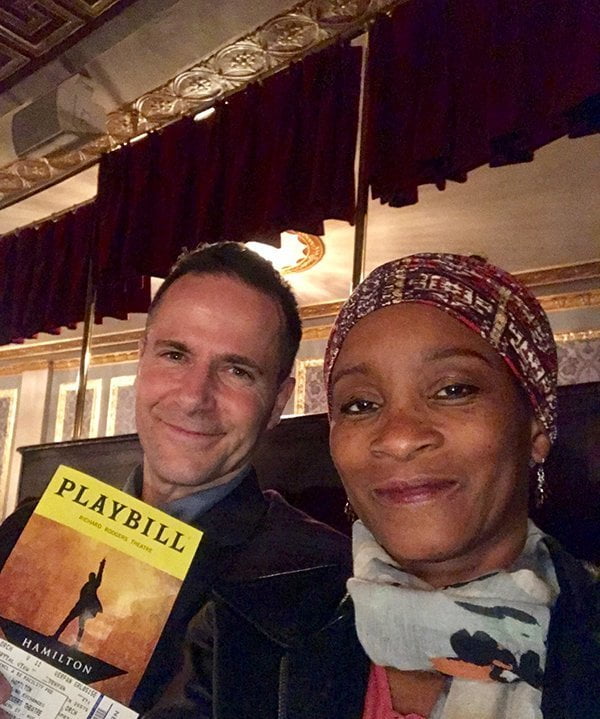 “Do you want to know who you are? Don’t ask. Act! Action will delineate and define you.” – Thomas Jefferson

I once stood in line for three hours to get a 30-second glimpse of the original Declaration of Independence at the National Archives in Washington D.C.

I carry a pocket copy of the Declaration of Independence in my iPad case, and I can recite from memory the first 108 words of it.

So what does one of the most important documents in U.S. and world history have to do with your career as a copywriter?

You see, the colonists were fed up with Great Britain’s control over their future.

Things had been brewing for a while. First, the Stamp Act of 1765. Then the Boston Massacre. Later, the whole taxation without representation thing.

It all came to a head when the Second Constitutional Congress met in Philadelphia in early July, 1776.

You could call it the “defining moment” for the colonists.

What are you ready to kick to the curb?

Like the colonists, I believe each of us has a defining moment. That moment when we get fed up with the status quo and decide to do something about it once and for all.

It could be when you first make the decision to check out this idea of being a copywriter because your job is no longer fulfilling.

Or further along when you make the leap to launch your full-time freelance business because you know if it doesn’t happen now, it may never happen.

Maybe you’re an experienced pro and just need to redefine your niche (and bid good riddance to the old one that’s no longer in demand).

No matter where you are in your journey or what your particular issue is, the exercise I’m going to describe for you in a minute will work.

The “Great Britain” I needed to separate myself from

A while back I realized that I had been plodding along for about a year at a moderate pace. I was bringing in enough to pay all my bills and then some, and I had gotten to the point of equalling my most recent best year.

But then I hit an invisible ceiling. I think it was the idea that I was making as much as I used to, had gotten comfortable, and wasn’t pushing myself like I did in the beginning.

On top of it, I was spending too much time with a client who wasn’t overly profitable and hanging onto another client in an industry I didn’t enjoy.

I was stuck in a rut, and I couldn’t get past it.

Time for another declaration, like the one I made back in 2008, stating that I would leave my job within six months.

I needed to declare my independence from the shackles of mediocrity, and I did.

I actually wrote out, in declaration form, that I was no longer going to wallow in the average income, modest lifestyle, and relative obscurity of a mid-level copywriter.

Enough of underpaying, demanding clients! Goodbye to all clients in the niche I hadn’t chosen but fell into.

No more middle-of-the-road complacency. Time to bust out and move on to the next stage of my career!

It wasn’t complicated to write out my declaration, and it didn’t take me long.

On Walden Pond (kind of)

But first, I took three days off.

Grabbed some books, a journal, and headed for my brother’s cabin in northern Wisconsin.

Not quite a Thoreau experience – I had Wi-Fi, a stocked refrigerator, and a non-stop pot of coffee going. But a good head-clearing experience nonetheless.

I took a personal inventory.

Figured out where I’ve been, why I’m not satisfied, and where I’m going. When I emerged from the woods a few days later, I had crafted a one-page document suitable for framing (as long as no one else ever sees it).

And you know what?

Making that bold declaration served as a turning point!

It’s exactly what I needed to get the ball rolling. I wake up with a renewed sense of enthusiasm, I’m thrilled about focusing on a new niche, and I have prospects in the pipeline again.

Now, before I go further, let me tell you what this exercise is NOT. This isn’t at all about …

None of those things. This is quicker, easier, and I believe, more effective in moving you in the direction of your dreams.

You won’t instantly, magically hit all your goals. But it’s a starting point, a catalyst to help you move forward.

A declaration, plain and simple

Your Declaration of Independence is simply declaring to the world that you are fed up with your current situation. Explaining why you’ve come to this boiling point … what you’re separating yourself from … and why things are never going to be the same.

Only, it’s not really for the world.

This is one piece of copy that’s just for you.

The reason I love this exercise is because it packs a serious punch in a simple little document. I took three days because I needed a little vacation, but you can easily do it in three hours or less.

Spend some time thinking about the chasm between where you are and where you should be.

Are you starting to get mad!? Good.

When you get frustrated with yourself and where you are right now, that’s the starting point. Identify exactly what you’re fed up with and what current connections you may need to break.

There’s serious power in the sheer act of writing something down. More than writing down your goals (which I also advocate), this is making a bold declaration and making it official!

Here’s a suggestion. If you want to have some fun with this, read the first two sentences and the last paragraph of the Declaration of Independence. You’ll get an idea of what I’m talking about.

Mine starts out, “When in the course of my copywriting career, it becomes necessary to dissolve the unprofitable connections and habits I have developed, and to assume among the powers of the earth, my rightful place alongside rising copywriting greats like …”

Craft some cool language that fits you. No one else has to ever see this, so don’t worry about how it sounds.

I’m serious. And put it in a place where you can see it from your desk. We’re talking about a document that’s going to help change the course of your career, right? Make it count!

I did this years ago when I declared that my loyalty to King George III (my employer) would be ending soon. Somehow stating it and posting it made it real.

Let your bold declaration, whatever it is, change you.

Now stake your claim on the new territory and move in.

Think of your Declaration of Independence as a starting point, a launching pad, not a goal to be achieved.

Let it be a daily reminder that you got to a point where you had to change course.

I can tell you this. When you’ve formally made a declaration, even just to yourself, things naturally start falling into place.

Then, in the words of Thomas Jefferson: ACT!

(This blog post by Steve Roller appeared in 2012 at EarlyToRise.com)