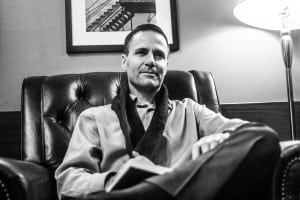 Don’t let anyone tell you it’s not.

It’s not at all easy. Most people can’t do it. And it’s not fun until you start making serious money, which usually takes a few years (and some people never get there).

There’s a dark side of freelancing that no one likes to talk about.

Marketers selling you programs and systems designed to help you live the freelance lifestyle certainly don’t want to tell you about it.

If they did, it would put a dent in their sales.

Other freelancers don’t want to talk about the dark side of freelancing either. Why not? It’s embarrassing to admit that your chosen lifestyle isn’t working out like you planned.

The reason you hear the same freelance success stories trotted out over and over? Because they’re so rare.

And the ones that are legitimate?

There’s usually more to the story than they’re letting on.

From the Dark to the Light

So what is this Dark Side of Freelancing?

And if freelancing isn’t everything it’s cracked up to be, why are so many people ditching their jobs and jumping into self-employment and freelancing?

The Dark Side of Freelancing is reality. My reality, as someone who’s been a freelancer now for over 30 years. From 1986 to 2003 I was in direct sales, and I’ve been a copywriter since 2004.

I’m not making millions (yet), but I’ve carved out a very successful career in both sales and copywriting.

I’ve discovered the dark under-belly of freelancing, stumbled and fumbled my way through the challenges (with help from others), and emerged victorious.

I work on my terms, spend time with my wife and four kids, live in a nice neighborhood, and make decent money.

I also travel a lot, and bring my work. In fact, this blog post is the beginning of a book I’m writing while spending ten weeks in Quito, Ecuador.

Life is good, but not easy. You’ll have to work hard and work a lot to make it as a freelancer.

The Dark Side of Freelancing is also the reality of many other freelancers I know.

Are you ready to make your mark?

As founder of the Copywriter Cafe, an online group of thousands of writers, copywriters, and entrepreneurs, I’ve had the chance to counsel and coach over 400 people one-on-one since 2011.

A lot of them have gone on to big success. But you’d be amazed what people tell you in a private setting.

I won’t be using names in my book, but I’ll be describing situations so you know what you’re getting into (or are already immersed in).

More important, I’ll show you how to overcome the Dark Side of Freelancing.

That’s what this book is all about!

The book I’m writing (which I’m blogging, so you can read it chapter by chapter before it’s published) will give you answers if you…

In other words, if you want to work for yourself, build a business you can be proud of, and make good money in the process, you’re in the right place.

Over the coming weeks, in 21 quick, easy-to-read blog posts with easy-to-implement ideas you’re not hearing anywhere else, I will lay out a different way to approach the freelance lifestyle.

Follow along, keep an open mind to some contrarian ideas, take action, and you’ll overcome the Dark Side.

The 21 upcoming blog posts will form the basis of Death of a Freelancer: 11 Big Ideas to Overcome the Dark Side of Freelancing. You’ll get to read it before it’s published in book form soon.

Use it as a Guide Book for creating the freelance lifestyle you deserve. It’s there for the taking.

I’ll also be giving away some free copies of the physical book. Grab my special report to get those updates if you’re not already on my email list.

One last thing. I’m still looking for a few ideas and examples for the book. Do you have an interesting freelance story? Anything you wish someone would have told you starting out? I’d love to hear from you. Leave me a comment.