No Gurus Necessary by Chris Brogan 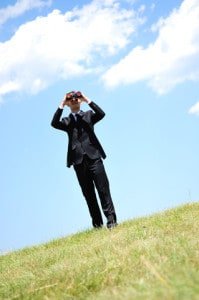 Gurus. Do we need them?

I don’t think so, and neither does Chris Brogan.

And he knows a lot more about business than I do.

He’s the New York Times bestselling author of Trust Agents and seven other books. He’s interviewed Richard Branson for Success magazine. Forbes listed him as one of the Must-Follow Marketing Minds of 2014, and listed his website as one of the 100 best for entrepreneurs.

A couple weeks ago I connected with Chris. I asked if he’d write a guest blog post for me, and he agreed. Here it is…

There’s a great documentary on Netflix right now about Tony Robbins called “I Am Not Your Guru.” It’s very uplifting and fun and talks a lot about his live events. I’ve worked with Tony on a video project before, spent an afternoon at his house. He’s definitely a very down to earth person and not someone’s guru.

Another lesser-known documentary that I love dearly is called Kumare, and it’s by Vikram Gandhi. He is an Indian gentleman who has lived in the US most (all?) of his life, and who went to India to seek out the gurus there.

Turns out, lots of them were just begging drug addicts, so he came back to the States. He decided to dress up as a guru and see what he could get away with in the form of shenanigans when dealing with others who were seeking gurus. The point was to show that we all think someone else holds the divine answers.

You are not a guru. Neither am I. And yet, we both have a lot to offer the world.

As it turns out, lots of people don’t launch their projects because they worry that they’re not qualified.

There are studies (and I wish I had a link for you but I don’t) that show that females are even more concerned that they’re not qualified, which holds them back from applying for jobs where they might match 98% of the requirements. Why, I don’t think the survey said. But it’s interesting. 98% is not good enough?

I tell this to people all the time: if you know even a little bit more about something than me, I could use your help. I can learn from you. I’m one of the world’s leading bloggers, and definitely one of the first (I started in 1998) but there are tons of things I don’t know about blogging. About most things.

I’ve consulted with the world’s largest brands, and in those rooms, I’ve quite often said, “What? Beats me. I have no idea.” And I got paid $22,000 a day saying that kind of answer.

Because what I did know was helpful, and what I did know could help them make more money or avoid painful mistakes. And that’s what we all want in life. We want something that will improve our life and business in some way.

Those two words are the only advice I’ve given when asked since 2006. Be of service. Do for others. I’m a fan of the Zig Ziglar quote about helping enough people get what they need so that I can have what I want. That’s the core of my money. That and my own failures.

You see, gurus never fail. They’re infallible. But Tony Robbins? Me? You?

We fail plenty. We make mistakes. Big ones. We ride the edge of complete destruction sometimes. And then we win. Sometimes. Other times, we fall down and get back up.

All along the way, the goal is the same. Be helpful. No gurus required.

Chris Brogan is a business advisor and New York Times Bestselling author. Learn more about him at http://chrisbrogan.com